DKAN and Importance of Open Data

According to wikipedia, Open data is the idea that some data should be freely available to everyone to use and republish as they wish, without restrictions from copyright, patents or other mechanisms of control. The goals of the open data movement are similar to those of other "open" movements such as open source, open hardware, open content, open government and open access.

In this digital age, the main asset is no more just the code or knowledge but the Data too. The data generated in various ways, when massaged and applied proper visualizations reveals a lot than meets the eye.

DKAN is a Drupal-based open data tool with a full suite of cataloging, publishing and visualization features that allows governments, nonprofits and universities to easily publish data to the public. DKAN is maintained by GovDelivery. Indian government open data portal, is built using DKAN, which has 1 Lakh+ datasets.

From this session, we would like to let people know the importance of Open Data, and how Drupal can be leveraged for it.

Do not miss this opportunity to network with fellow Drupalers and share the knowledge. 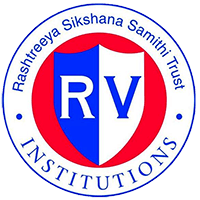